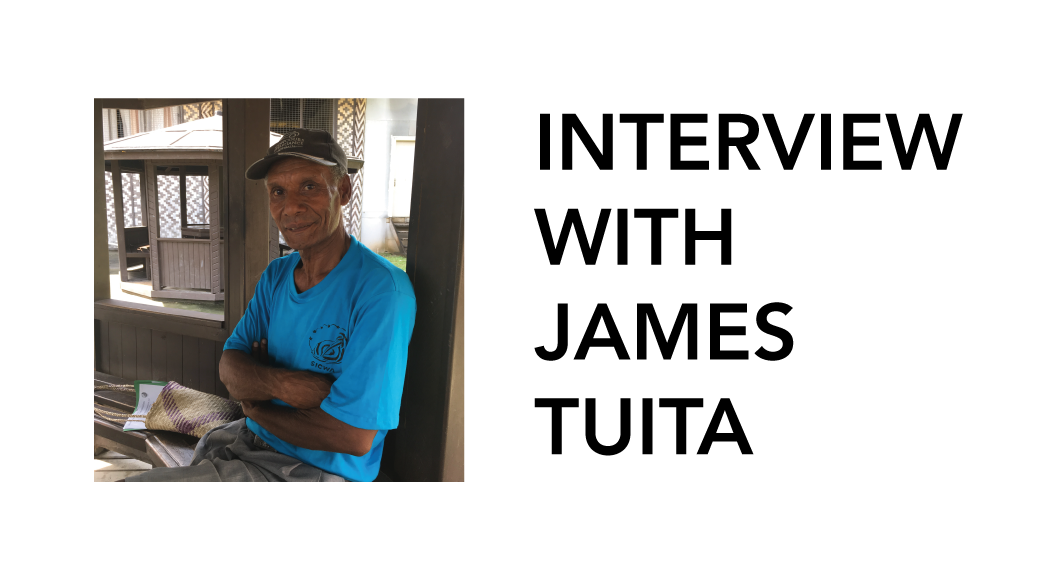 The International Authors Forum (IAF) has undertaken research into the situation of authors around the world, their work and whether they can make a living from their work. Earlier this year, the resulting report, Creating a Living: Challenges for authors’ incomes, was released. As part of this report, IAF Steering Committee member Katie Webb (FUIS, Italy) interviewed James Tuita, a member of the Solomon Islands Creative Writers Association (SICWA).

SICWA is the umbrella body for all writers in the Solomon Islands and occasionally publishes works of its members or other interested writers who submit works. SICWA started back in the 1980s and had the help of the former Institute of Pacific Studies at the University of the South Pacific (USP) based in Suva, Fiji, in publishing a number of books by Solomon Islands writers. With a decision by USP to do away with the Institute, SICWA, like its sister country bodies, is struggling to get works published through its own means, though it is determined to continue.

Katie: Hi James, can you tell us a bit about yourself?

James: My name is James Tuita. I come from Lau, north Malaita, one of the nine provinces of the Solomon Islands. Currently, I work as a farmer but I also help one of the anthropologists from Canada, Pierre Maranda, in researching Lau culture. Pierre Maranda came to us in 1967 and 1968, and stayed with us to do his research.

I went to Canada in 1989 and worked with Pierre for six months. Before I went to Canada I had a lot of different ideas about people [and] different places. When I went and stayed with those Canadians, I realised that what I expected of other peoples was wrong. I came to realise that there are lots of good people outside here [and] that we need to go to them and interact and make relationships. I really enjoyed living there; they were very kind to me and they treated me well. I am very happy because I did not dream of going to other places in my life – maybe because of our culture and maybe the level of education that I have and maybe in monetary terms I don’t have enough money to go elsewhere. But my trip to Canada – I regard it as the highest peak in my life.

K: What is your story as an author and as a creator?

K: I understand you have been quite successful with your songs.

J: Oh yes, I have won a lot of awards [for song writing] here in the Solomon Islands, especially here in Honiara. I won the anthem song for the Solomon Islands National University, a song that I wrote for a pathfinder theme song, a climate change competition and a stop violence theme song. I won first and second prizes for the two songs that I wrote.

K: Do you combine your experiences in farming with your creativity?

J: That’s right. I farm but I always write as a hobby, but my hobby seemed to bring me to a level that [showed] I’m really interested in writing. So, I continued to write poems and songs and short stories. That’s what took me to become a part of SICWA.

K: What do you usually write about?

J: With poems I used to write about the issues that affect our country and especially one of the poems that I wrote entitled ‘brainy water’. I wrote about how foreigners came in and seemed to invade our country, especially in Honiara, in terms of economics and business and even they tried to go into our politics to take positions for their own benefits.

K: What does the culture of the Solomon Islands mean to you personally?

K: What do you think are the biggest challenges facing the Solomon Islands culturally. Do you think there are ways that they can be met or overcome?

J: I think the most important challenges we face today are ways to preserve our culture. It seems it’s beyond our capacity to maintain good cultures, so we need to find ways to preserve them – maybe in terms of education or something like that.

I think if any relevant international organisations may come in and help our government in a way that is important to preserve our culture, it might be very good.

K: Do you know much about IP and copyright yourself?

J: In the Solomon Islands we don’t really have any laws that guide our copyright, so we need maybe international organisations that deal with literary writings [to] help with those rights, because now we don’t have such rights protected.