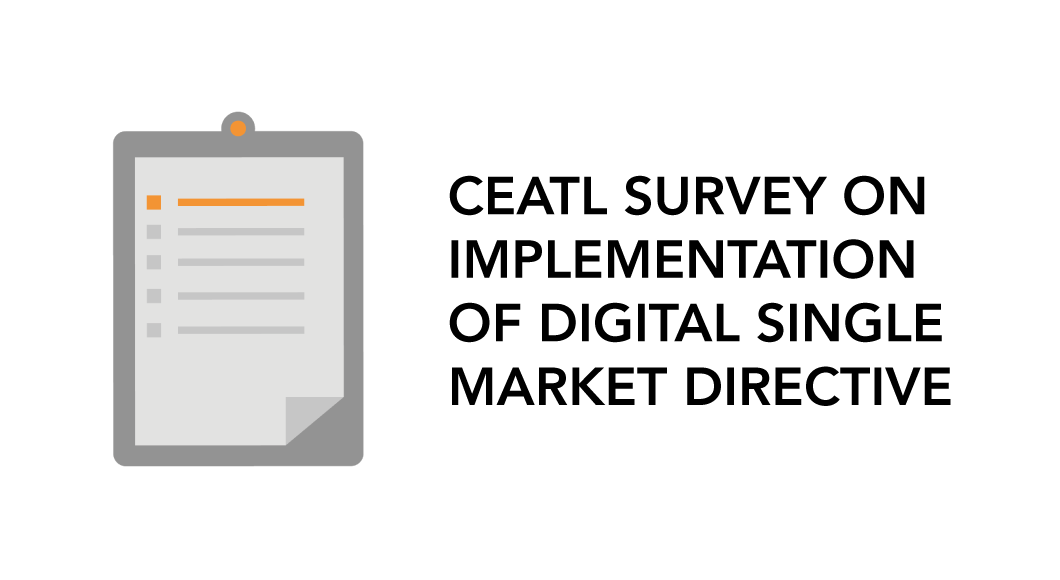 During the first weeks of 2020, the authors’ rights workgroup in the Conseil Européen des Associations de Traducteurs Littéraires (CEATL), coordinated by Cécile Deniard, conducted an informative survey on the status of the implementation of the Digital Single Market directive. The directive was voted for in April 2019 by the European Parliament and must be transposed into the national laws of member states by June 2021.

The goal of the survey is twofold:

At the time of the survey, the implementation process was still in progress in all EU countries. Since then, the Netherlands has become the first country to implement the directive in full after a vote of the House of Representatives and then the Senate in mid-December.

The process is still ongoing in the large majority of member states, and the expectation seems to be that the legal transposition in the national copyright laws will be effective and on schedule, despite delays and disruptions caused by the Covid-19 crisis.

Most countries are now moving from the consultation and stakeholders’ dialogue stage, to discussing actual bills drafted by ministries (usually Culture or Justice, but also sometimes Economy or Trade and Commerce) and/or moving the text to the Parliamentary stage.

Both Italy and France, however, have chosen to bypass the European Parliament: Italy voted a delegation to the Government and France authorised the Government to issue ordonnances to implement Articles 17 onwards.

Individual answers and comments for each question, as well as a list of responding associations, can be found in the Annexe.