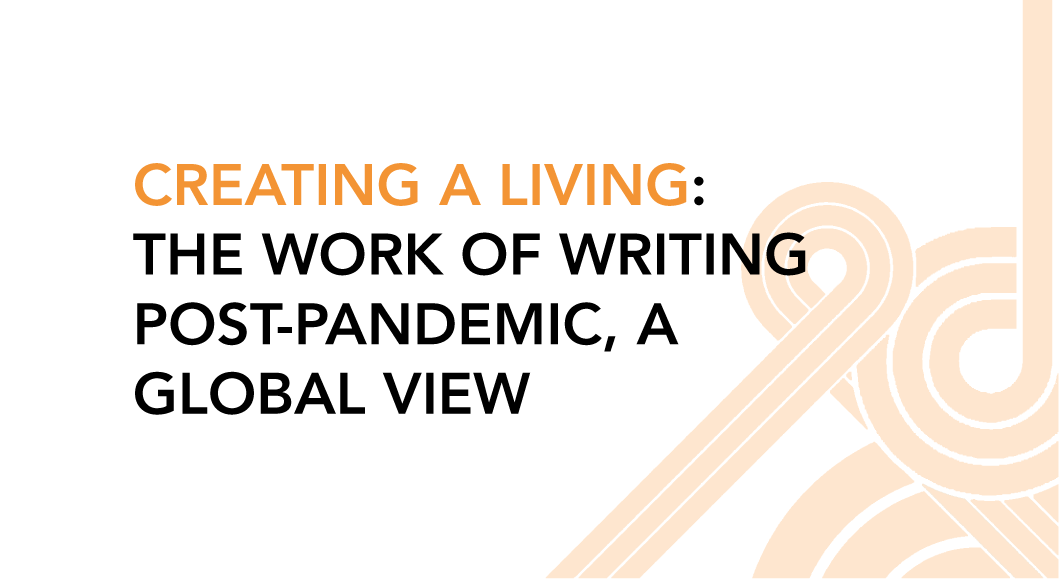 This online discussion on ‘’The Work of Writing Post-Pandemic, A Global View’’ highlighted the challenges authors face in Argentina, among other countries. It was organised by the International Authors Forum (IAF) and the Writer’s Union of Argentina, as the Argentine government work towards becoming a Book Institute country, ensure the Government supports the work of writing in Argentina and, crucially, the status of writers as workers who deserve fair payment for their work..

The virtual event, which took place on 24 November, was a welcome  opportunity to share approaches and solutions to the vital matter of ensuring that authors and stakeholders in the ‘book chain’ work together with their governments to create a sustainable ecosystem that fosters the continued domestic production of books, and, vitally, that acknowledges writing as work which, like any other profession, is recognised through fair payment to writers.

Representatives from authors’ groups and publishers’ associations discussed the different ways the state supports its authors and book production, resulting in a rich exchange of ideas.

Marcelo Guerrieri, President of the Writers’ Union of Argentina, presented the situation in Argentina, where, from a state perspective, authors’ work is not recognised, authors are struggling to get compensated, and often need to carry out other work to fund their writing.

John Degen, Executive Director of The Writers’ Union of Canada and Chair of the IAF, described the ecosystem carefully constructed in Canada over the past 50 years involving the state, to build a healthy publishing industry and support authors and books. The Canada Book Fund provides funding focussed on the publication of Canadian Books and Canadian-owned, operated and located publishers. Canada is one of the only countries globally to benefit from a Public Lending Right (PLR), and the only country in the Americas.

Carlos Anaya, Publisher and Vice President of the Coalition for Legal Access to Culture in Mexico said that the pandemic has shown the strengths and weaknesses of the publishing industry. He said that writers had to be resilient and writing was fundamental to weather the storm during the pandemic, which should set governments thinking about the importance of written culture. Book Institutes are necessary.

Ndongolera Mwangupili, Writer and Vice President of the Malawi Union of Academic and Nonfiction Authors (MUANA) described the conditions in which Malawian writers work. He mentioned that most books are published without a signed contract, and that while publishers give authors some money, it is not enough. In addition, books are printed in India and not Malawi, because it’s cheaper than importing the resources. Introducing a Public Lending Right would be the first PLR scheme in Africa and would compensate authors whose books are accessible in libraries. The book policy would include government purchase of a specific number of books to boost buying power to put books in schools and other institutions.

Licenciada Cecilia Lanfranco, representing the Argentine Senate, announced the relevant Bill has been submitted. She described the new Bill looking at the introduction of the Book Institute, which the Senate and the Argentine Writers Union worked on together.

IAF would like to thank all the panellists and its partners for taking the time to share their views, and the audience for attending.

You can watch the full discussion in English and Spanish.