IAF held an event at the latest Standing Committee on Copyright and Related Rights (SCCR) held at the World Intellectual Property Organisation (WIPO) in Geneva, on 7th December 2015. 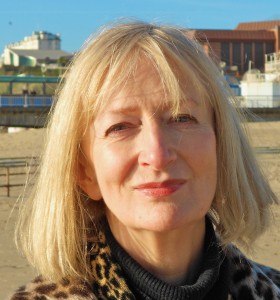 The event, ‘The Business of Being an Author’, was intended to convey to the government delegates at the SCCR for the week, the importance of considering the author’s need to make a living from their work in any new treaties concerning copyright and authors’ rights.

The speakers at the event, which was chaired by writer Maureen Duffy, were Maggie Gee, a writer and professor of creative writing from the UK; Elisam Magara, Chair of the Uganda Textbook-academic and Non-fiction Authors’ Association (UTANA); Francisco Romero, an author from Spain who has published his own books and runs his own bookshop and John Degen, Executive Director of The Writers’ Union of Canada (TWUC), who gave a presentation on the consequences of the recent educational copyright exception in Canada, jointly with Bill Harnum, treasurer of the Canadian Copyright Institute.

View the presentations from the event

At its event, IAF also launched two publications to raise awareness of the importance of copyright from the author’s perspective. The first is five ‘Copyright Myths’ by John Degen, shedding light on common misconceptions about copyright. The second is ‘Copyright Works’, a booklet of testimonials from authors in different countries about the importance of strong copyright protection to them and the danger of introducing disproportionately broad or undefined copyright exceptions. Both leaflets are available in English, French and Spanish versions.

Report on the SCCR

Once again, the items on the agenda for the main discussions between member states during the SCCR were the Broadcasting Treaty, which it is hoped is in the final stages of negotiation; limitations and exceptions for Libraries and Archives and limitations and exceptions for Education and Research Institutions. There was also a new paper circulated by the regional group, GRULAC, (the group of Latin American and Caribbean members of WIPO) entitled ‘Proposal For Analysis Of Copyright Related To The Digital Environment’. Whilst the focus of this paper is on remunerating authors, it does so by advocating compulsory remuneration schemes. Although such schemes secure income for creators, they are not always a preferable alternative to authors’ exclusive rights, as payment rates can be very low with no opportunity for negotiation. IAF’s position on the discussions about copyright exceptions is available in English, French and Spanish. IAF supports practical licensing solutions to the problems with lack of access to copyright works experienced by certain countries, rather than new treaties for copyright exceptions which are advocated by many of WIPO’s member states, exceptions already being available under the current international copyright framework. The documents from the SCCR are available on WIPO’s website. You can also read the official conclusions of the committee by the Chair of the SCCR. IFRRO has also reported on the SCCR.

Is self-publishing for you?