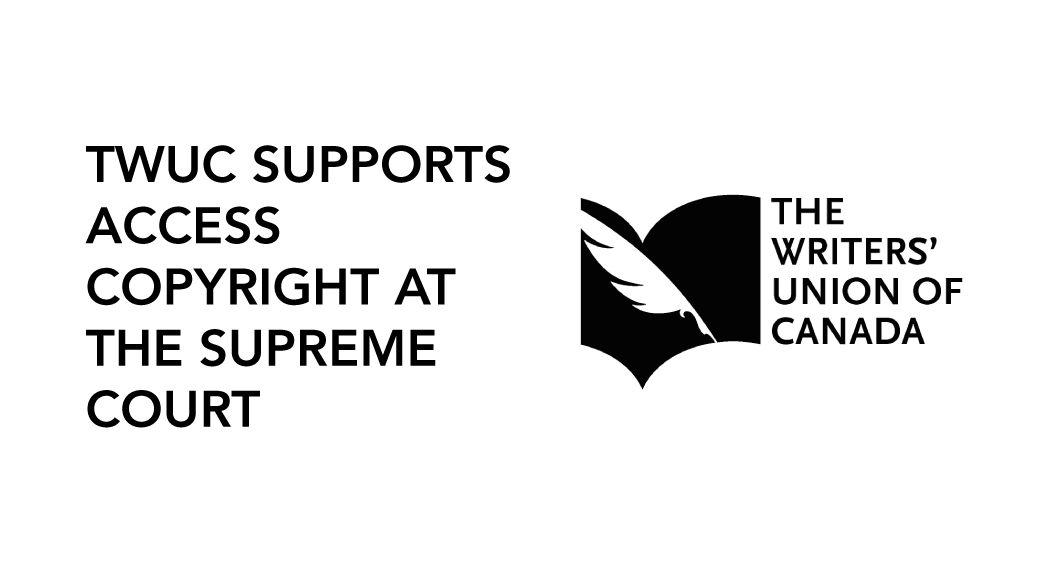 The Writers’ Union of Canada (TWUC) welcomed the Supreme Court of Canada’s (SCC) decision to hear the appeal of Access Copyright in its long-running legal dispute with York University over copyright and the industrial-scale copying of published work.

TWUC has participated in this decade-long court battle and intends to support the appeal process. With industry partners, the Association of Canadian Publishers (ACP) and the Canadian Publishers’ Council (CPC), TWUC will seek leave to intervene in the appeal in order to defend the rights of writers to earn fairly from their creative work.

Canada’s authors have suffered profound economic hardship during the COVID-19 shutdown, exacerbated by the precarity resulting from years of lost copyright royalty payments. Contrary to the will of Parliament, the bulk of the education sector has, since 2012, refused to pay collective copyright licences and tariffs approved by the Copyright Board.

TWUC believes it is entirely unfair to expect Canada’s writers to wait out another long court battle for legal resolution of these questions. Such a delay would do no favours to the education sector either, given its ever-growing arrears position.

“The questions to be decided at the Supreme Court result from vague and unclear law,” said novelist Anita Daher, Chair of TWUC. “Parliament can save us all years of continued uncertainty by clarifying the Copyright Act and restoring a functioning market for published work.”

More information can be found here.